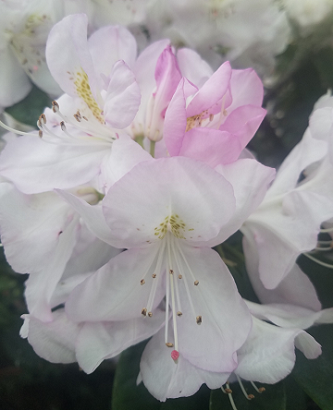 “Much virtue in herbs, little in men.”

A train whistle walks in the middle air, longing in the distance, winding north along the river into the mountains. A solitary motorcycle travels the street below the hill before the commerce of another week begins.

I’m waiting. There is an hour when the dew lifts while the sun is still low: handfuls of Greek oregano to cut and hang for drying, wary of winter just as summer begins for all too soon comes flowering and seed. An herb’s essence remains locked in the leaf before the sun coaxes the oil to the surface, yet dew might molder a bouquet from the core. Thyme. Mint. Savory. Rosemary. It’s May.

Greek oregano is voracious and tenacious, leaping into the strawberry bed, seeding secretly into flower pots, bickering with the catnip. It responds well to rough handling like wrestling an adolescent dog.

Mint sings arias of sleek pirates and adventure, though the blueberries criticize the key.

Savory is prone and lazy, languishing over visions of love and summer romance.

Rosemary is willful and wild. She scorns containment and flourishes in bleak rocky soil exposed to heat and rain. (I do not dry her leaf, but only cut fresh stems when needed. Rosemary simmered in clean water clears ghosts and cobwebs as well–or better–than burning sage.)

A scrub jay charges a quail perched unaware on the fence rail to knock it down into the yard. I wonder where the dog is. The quail scoots beneath a rhododendron for cover.

6 thoughts on “Virtue in Herbs”