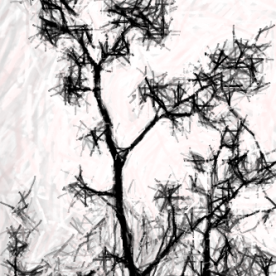 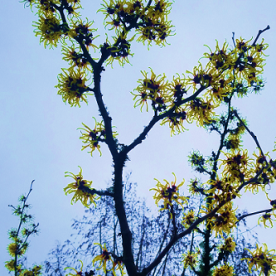 Far away from down the hill, a child cries. The wailing swells and then suddenly falls away.

The river is full and fast, deceptively swift. The dog pulls toward the old boat landing where she likes to swim, but I nudge her the other way, toward the fresh-filt canals where geese and wood ducks shelter.

It’s last quarter moon, gauzy and gray, dissolving since the eclipse brought storm and havoc. Ringed by snow in the foothills embracing the valley, the mountains wait. A winter’s snow pack fell in the Cascades over the course of the moon. Wind down the wick of this lunar year, before the Rat arrives, when the scenery changes with new parts and lines to learn.

Pheasant skim along atop the muddy fields. Mercy is preoccupied with ground squirrel burrows.

“All happy families are alike; each unhappy family is unhappy in its own way,” and so Tolstoy opens Anna Karenina.

Are there happy families? Or are there only eddies swirling after the rapids, a submerged spiral born from equal measure forbearance and exhaustion? Photographs of Britain’s ginger Prince are recycled every day on news sites announcing his break from a gilded royal family ward to earn his keep like an American. (Indeed, there are no kings are queens here, save commerce.) In other news, our US President is on trial for high crimes and misdemeanors.

Crossing the bark path we meet a woman with a yellow Lab as tall as my chocolate. The dogs greet each other and we fall into step. When we turn toward the canals, they join us. A flock of Canada geese notice us approaching and toddle toward the water, I unleash Mercy to charge them and send the birds scolding. The woman releases her dog Mac, who is enthusiastic but confused.

“He doesn’t swim,” she says, “besides, it’s so cold,” I throw sticks in the water for Mercy and Mac wades along the reeds until finally he let’s go of his footing and swims.

We leave them to walk a loop along the waterway as rain spits down harder. Gray-on-gray, among bare branches and bristled fir, the flowering yellow petals of witch hazel glow alone.